Kitchen industry must cook up a successful broth 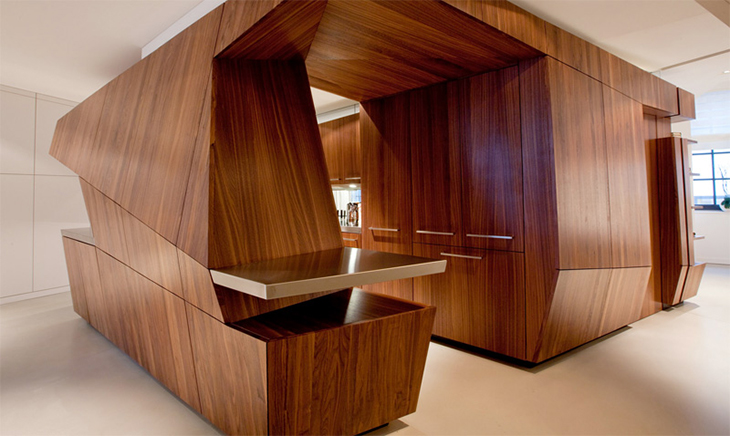 Hettich India organised a webinar in April 2020, which saw participation from more than 1,400 professionals from the modular kitchen industry across India – manufacturers, suppliers and retailers alike. As befitted the context in which the 2-hour webinar was held, the topic was ‘Fitting the Post-Covid19 Scenario’.

According to Mr Anil Goel, MD of Hettich India, there will be a US$ 3 trillion hit to the Indian economy on account of the global spread of the virus and resultant shutdowns forced on economies across the world.

Sharma termed the spread and virulence of the contagion as “unprecedented” and added that it was difficult, at this point of time, to gauge its ramifications and estimate losses.

However, he felt that so far as India goes, the economy would recover sooner than later. He predicted that instead of a V-shaped recovery (down for 3 months, bouncing back in another 3 months), India might see a longer, U-shaped emergence from the setback.

Mathur felt that for India it would be “short-term pain”, adding that resilience among Indian enterprises and a huge domestic market would pull it through. However, a lot would depend on the recovery of the real estate and construction sector (home, commercial and hospitality).

He suggested that there could be a 6-month delay in completing projects and handing over residential and commercial spaces to customers. He expects a 50% drop in orders for new furniture or home renovation in the 6 months after the social lockdown in India is lifted.

Goel agreed that shops in malls would take a big hit, and foresaw a marked drop in people spending on furniture or home improvement in the initial 6 months. “Initially, people will save, rather than spend,” he said.

On the bright side, he noted that in China (where the epidemic began and citizen lockdowns were first imposed), about 80% of manufacturing had resumed and business was getting back on track.

Goel stressed on the fact that the emerging consumer markets would be vastly different in terms of specifications, and the focus on product quality would grow sharper.

Iyer felt that, in the medium and long term, people would spend more on kitchens and storage. The nationwide lockdown had exposed home owners to operating kitchens and other utilities first-hand. “In the post-Covid scenario, reliable furniture will become a must-have,” he said.

Agreeing with him, Mathur said there would soon emerge a consumer surge of about 15% that would insist on better homes, made-to-order interiors and reliable functionalities.

Iyer said Indian demographics indicated that India was on the cusp of another “baby boom” – and that was an emerging market that would require manufacturers’ attention.

He also felt that, in order to sell residential units to people, builders might have to bundle kitchens into the deal in the form of value addition.

Sharma noted how, with life returning to normal in China, the market there had realised the importance of good storage products and reliable cooking spaces.

Goel also drew attention to the fact that, in initial months at least, Indian households would prefer cooking at home rather than going out to restaurants. That would make kitchens even more important as family spaces than ever before.

As the industry prepares business with the phased lifting of the nationwide lockdown, questions were raised regarding the loss of production, rentals for commercial spaces, employee wages, re-connecting with the disrupted supply chain and rejuvenating the entire ecosystem for modular kitchens.

Barman noted that crises usually bring all stakeholders together, and this time it should be no different. During this “survival period” it would be essential to talk with owners of commercial premises to seek a rent-free period of a couple of months, he said.

It would be a win-win situation for both, the owner and the tenant, if they could agree to a gradual increase in rent as business picks up, Barman felt.

“The owner will also not get a new business tenant for the next 6 months,” he said. “It would be better for the owner to have a business operating out of his premises than none at all!”

Joshi was a forceful votary of being cautious in difficult times. “Conserve cash, but also retain your human capital,” he said, noting that trained and loyal employees would be difficult to come by in the post-lockdown scenario.

“Instead of rigidity, we must display empathy,” he said. Production staff must be paid on the basis of government regulations and guidelines. Support staff, on the other hand, should also be paid proper sustenance for the duration of the crisis.

On employee salaries, Barman agreed that it would depend on each company’s culture. But, he urged participants, “Talk to your employees about the scenario; don’t take wrong advantage of them.”

“Even if the situation demands that salaries be cut, restore them as business picks up in the coming months,” he added.

Mathur proposed a formula: while top management could take a 30% cut in salaries, administrative staff could do with a 10% cut during the transition. Production staff could surrender leave in lieu of the lost hours at work – these could be regained in future by working overtime.

He also suggested deferred payment of performance bonus to exemplary employees. Iyer mooted that ESOPs could be a good way to retain and honour talent in cash-strapped times.

On tackling cancelation of orders, Joshi was of the opinion that these could be converted into deferred deliveries, giving customers more time to plan and summon their resources in the changed scenario.

Kitchen manufacturing involves three broad costs – design, production and installation. In case of cancelled orders, the cost of design must not be refunded, Joshi said.

Sharma went a step further to say that the reasons for cancellation must be ascertained because this feedback would help a kitchen manufacturer to prepare for the future and offer better solutions.

Iyer had a suggestion: instead of allowing cancellation of orders, the manufacturer/ retailer must re-negotiate deals and help the customers reach a positive outcome.

He insisted that the demand for sturdy modular kitchen, reliable appliances and automation would only rise with time – and that this was a market waiting to be tapped.

With the hurried closure of industrial production following the nationwide lockdown to arrest the rapid spread of Covid-19 infections, many industries did not get time to adopt adequate procedures to shut down production, confabulate with the supply chain, or alert consumers about the coming indefinite disruption!

Rejuvenating supply chains, reopening marketing channels and resuming productions is, therefore, a big challenge for manufacturers, according to Joshi.

It will take a month for most factories to get their machinery in working order, re-assemble their dispersed employees and re-connect with their suppliers. “Additionally, for many manufacturers, imported materials have been held up at various ports,” he said, adding that unless the entire furniture manufacturing ecosystem is up and in place, one cannot really talk of resuming production activity.

Even more important, he noted, would be the implementation of new government stipulations regarding worker safety – from social distancing and hygiene requirements, to restrictions on staff numbers and working in staggered shifts. Joshi predicted a 4-month interval before all these could be put into action.

Sharma sounded a word of caution: if, after resumption of production, even one case of a Covid-19 infection on the production floor could result in closure of the entire factory for another 3 months. For managements it would be of paramount importance to ensure an incident-free resumption of factory operations.

Mathur noted that until now pricing of imported raw materials for kitchen manufacturers hinged on the value of the Indian Rupee against foreign currencies, notably the US dollar and Euro. Even domestic suppliers would benchmark their products to this, he said.

It was now time for the government to bring in a mechanism that would break this stranglehold of frequent fluctuation in currency exchange rate, and bring domestic suppliers in line with some rational pricing system.

Besides this, Mathur said the government could reduce GST on materials for some time to act as a stimulus to industry growth; and motivate banks to be liberal in lending to the MSME (micro, small and medium enterprises) sector.

However, Joshi had a counter argument to reduction of GST – he said that although Indian furniture manufacturing was a Rs 2 lakh-crore industry, there was rampant GST avoidance!

“Only if there is widespread compliance with taxation rules, the government might consider relief in GST rates,” he said. But he agreed that customs duties on imported fittings and raw materials for the furniture industry should be reduced.

Sharma drew the attention of participants to existing assistance schemes of SIDBI (Small Industries Development Bank of India), under which term loans of up to Rs 2 crore can be availed by MSMEs.

SIDBI has its head office in Lucknow, with important offices in Mumbai and New Delhi, along with 10 regional offices (Toll-free helpline: 1800226753). Its emphasis is on financing smaller enterprises within MSMEs.

But it also helps existing enterprises undertaking expansion, to take advantage of new emerging opportunities, as also undertaking modernisation, technology upgrading or other projects for growing their businesses.

According to Iyer, demand will be subdued in the first 6 months after reopening of the economy. This will be a time to focus on fulfilling contractual obligations of existing orders for kitchens. As time passes, he foresees an uptake in business.

Sharma stressed on the need to gauge changes in market behaviour and demand because of the drastically changed economic circumstances; and understand the changes with the help of previous customers’ track records.

Barman noted that – with the month-long experience of people staying at and working from home – there would be a growing sentiment for home security and improvement.

Sharma went on to assert that the kitchen industry must look at the emerging concept of “home office” and adopt strategies to engage customers’ attention and gain their trust by understanding their changed needs.

Joshi noted that in future furniture making would shift from on-site manufacturing by small carpenters with hand tools to factory-made products. This would be made possible by the customers’ need to minimise person-to-person contact.

Agreeing with this opinion, Sharma felt that the entire supply, manufacturing and retail chain could gravitate towards a well-established, mechanised and organised industry profile.

Mathur felt that affordability of the industry’s products would be a big challenge in the months to come. He stressed on the need to go back to the design desk, to add value to kitchens – but without compromising on quality.

Giving an example, he said that by making full use of the modularity concept, kitchen manufacturers could give their customers the option of retrofitting of additional storage and functionalities at a later date, when the customer is ready to invest more money. He also suggested building more finance options to suit the needs of customers.

On bringing down the price point, Sharma suggested the reduction of SKU options in terms of styles and sizes, range of colours and finishes. This would cut inventory holding costs and thereby the cost of kitchens.

He indicated that do-it-yourself class of furniture would catch up very fast, and the suppliers should be aware of the potential for that market.

Joshi whole-heartedly agreed on reducing SKU options to minimise inventory costs. Such a step would bring in standardisation across the industry, he felt, thereby reducing manufacturing costs and offering affordable kitchens.

Joshi also stressed on employing alternate materials – especially those being made within the country – to bring down costs. Saying that adversities such as a recession resulted in a sharper focus on innovation, he said value engineering must be taken seriously. 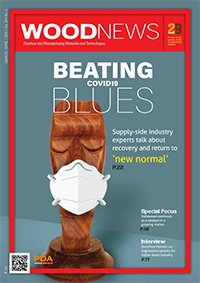 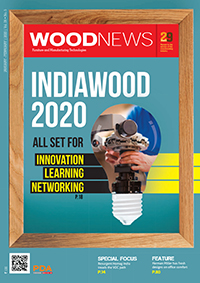 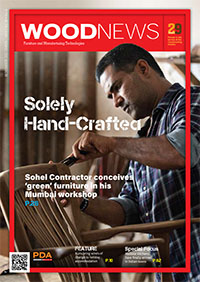 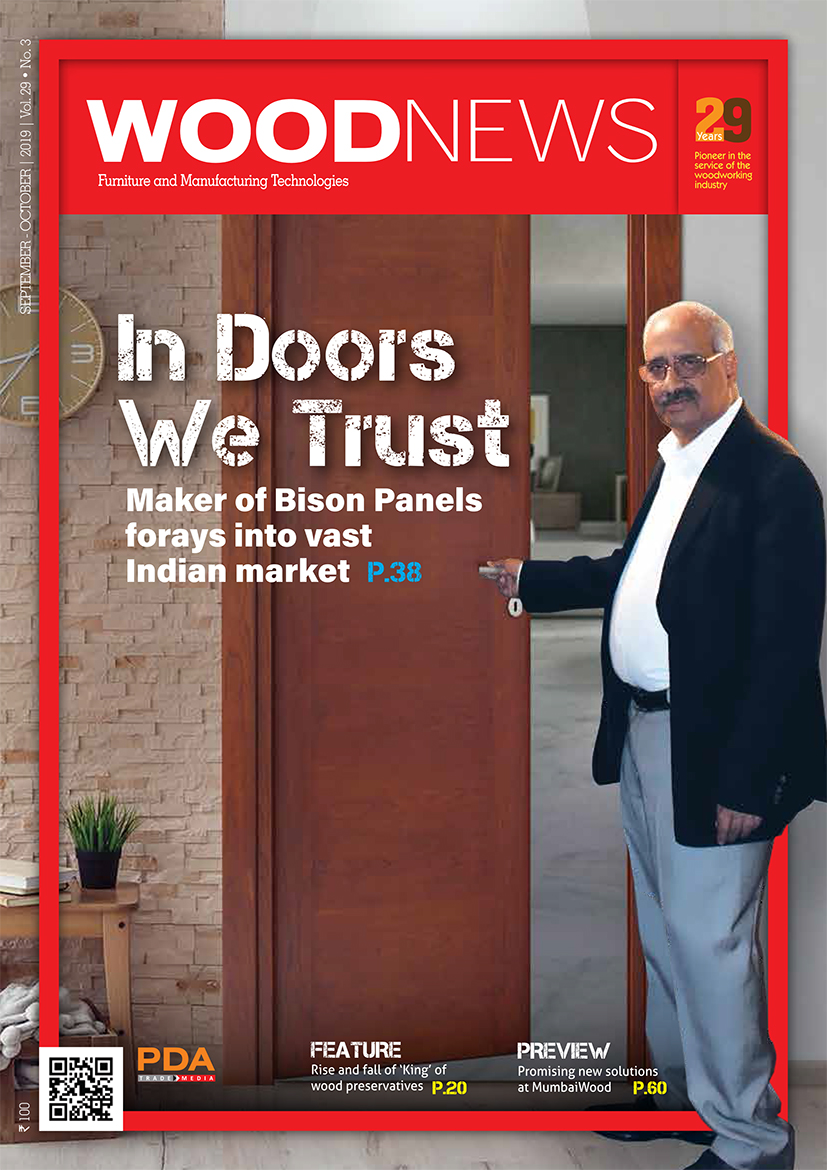 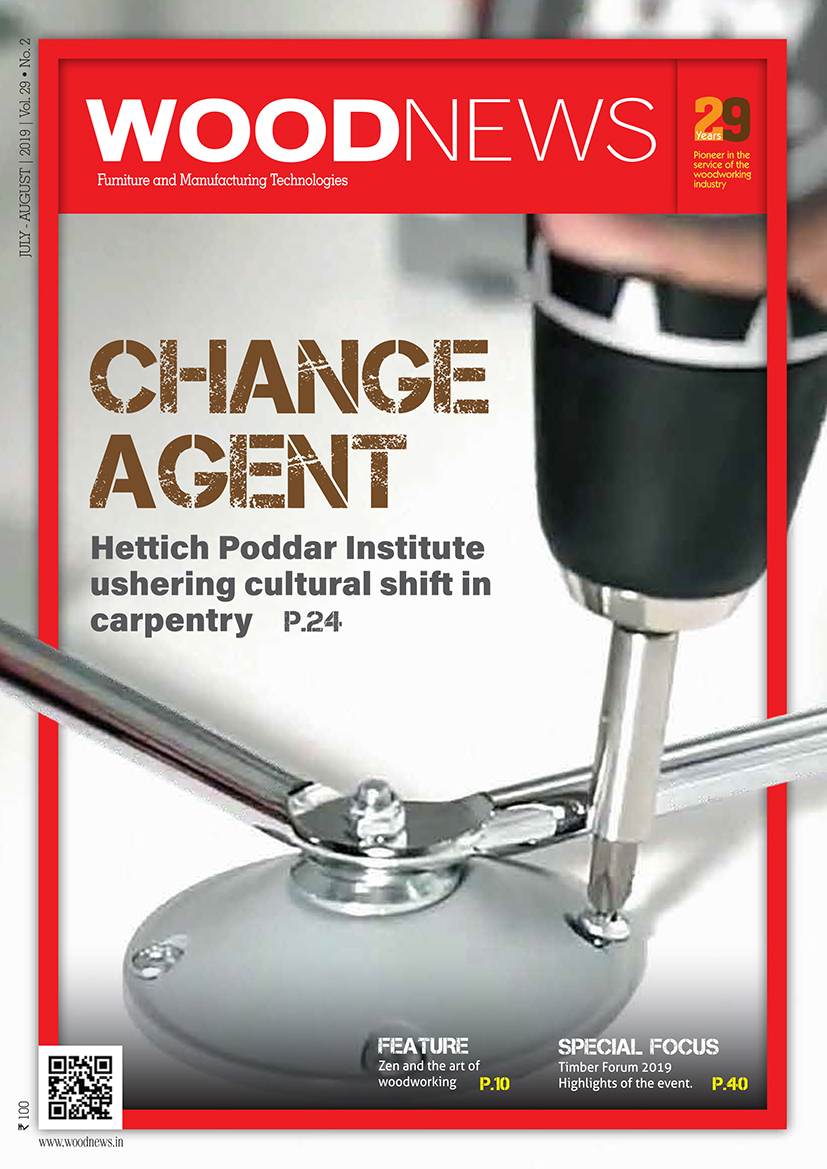 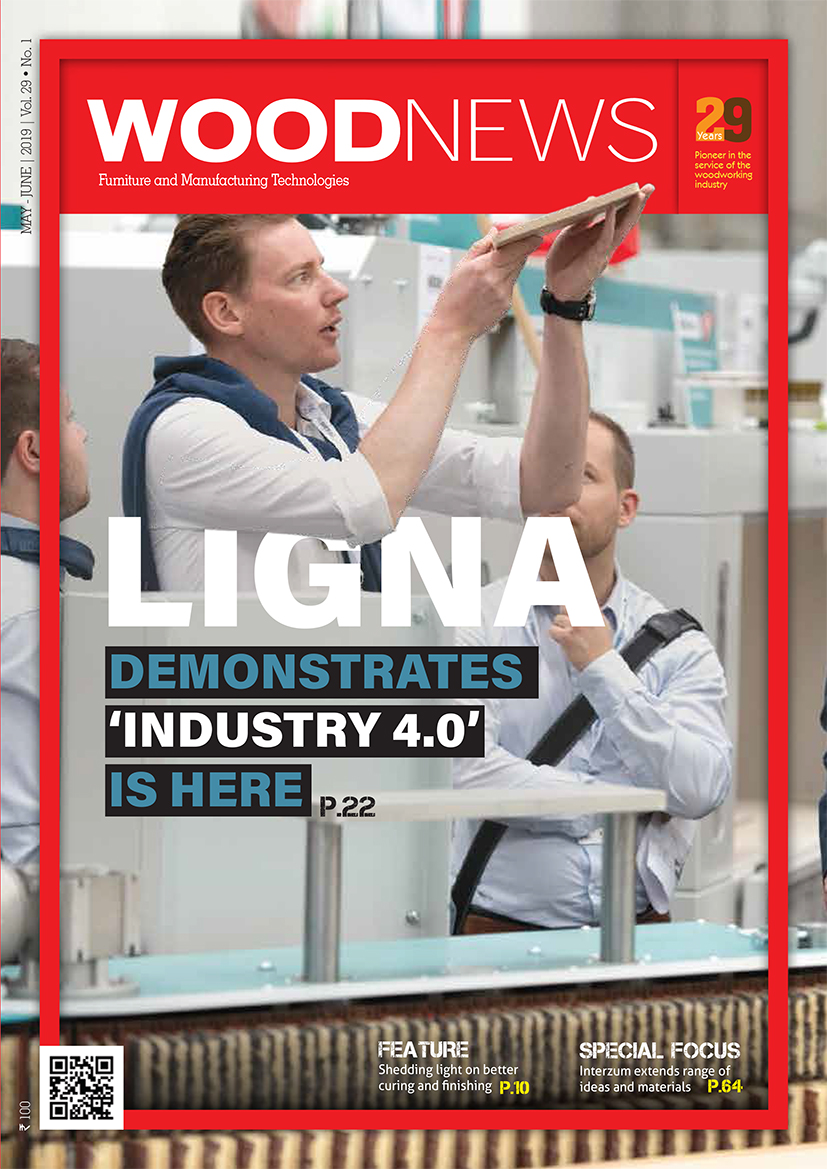 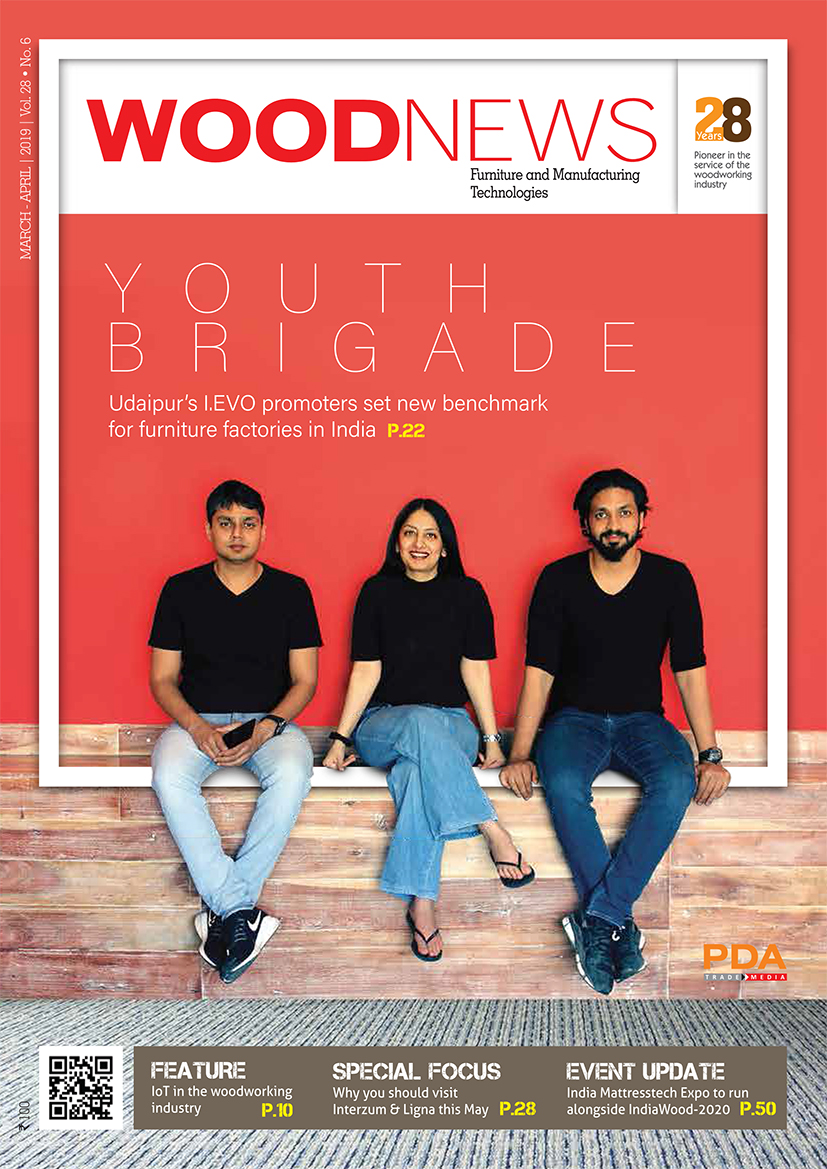 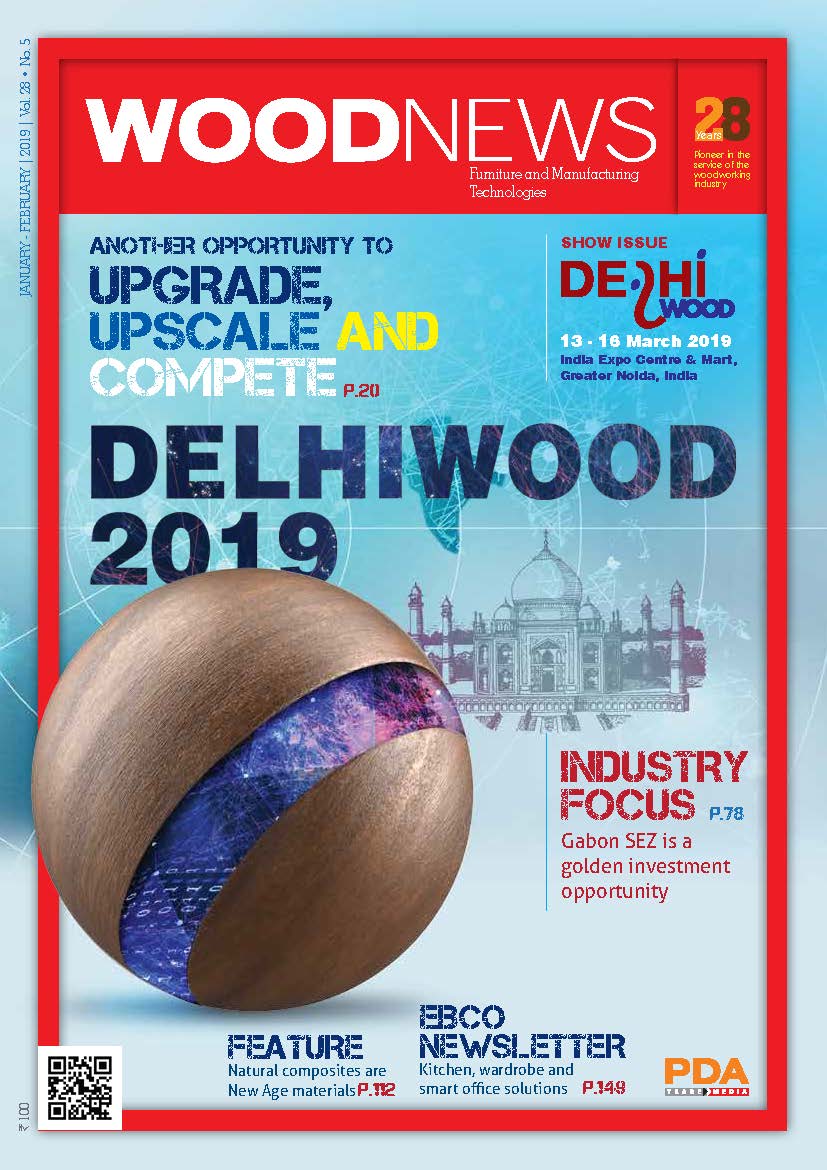 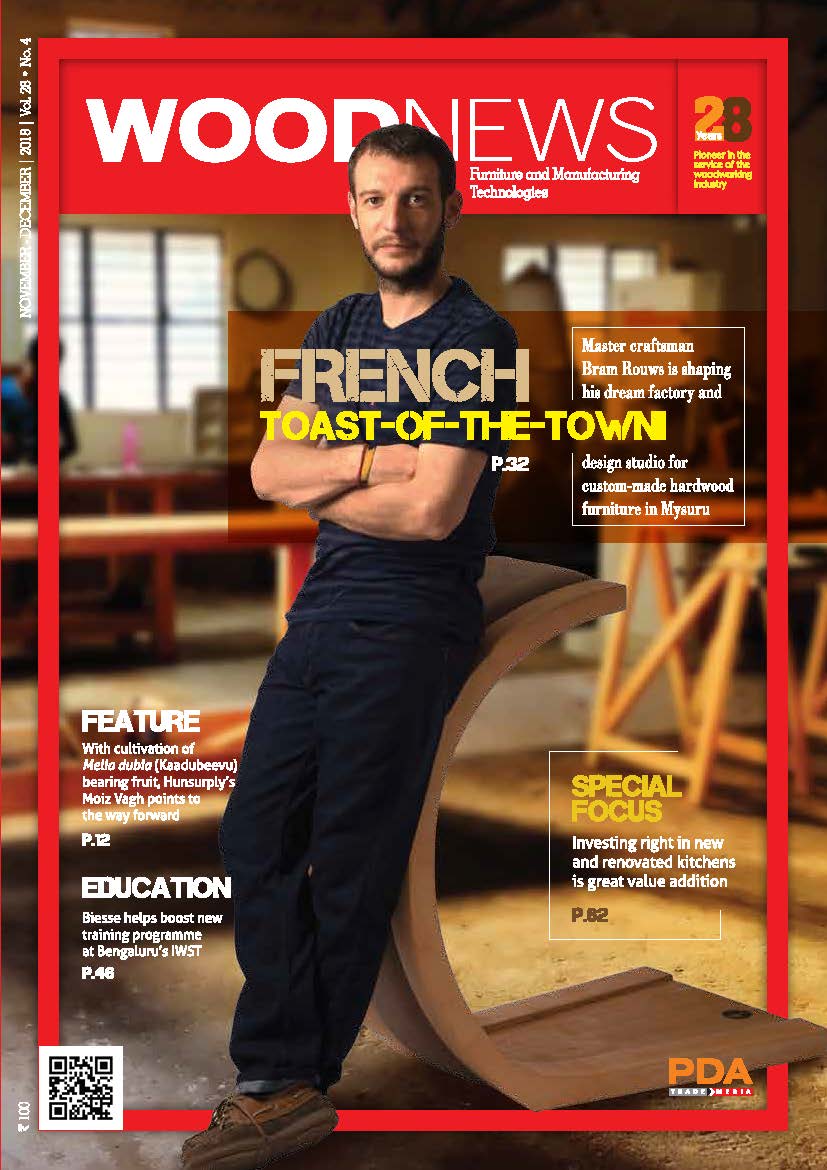 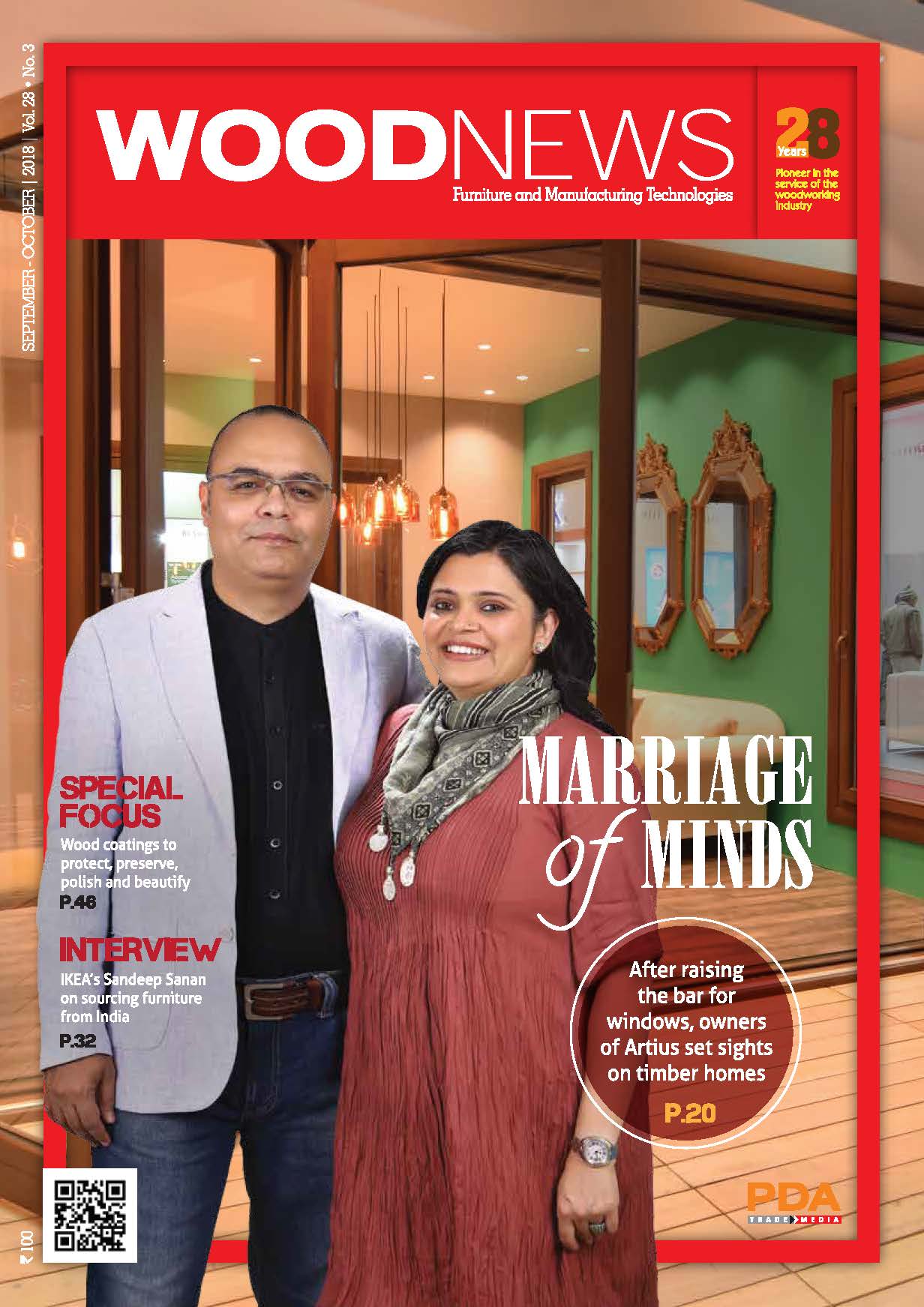 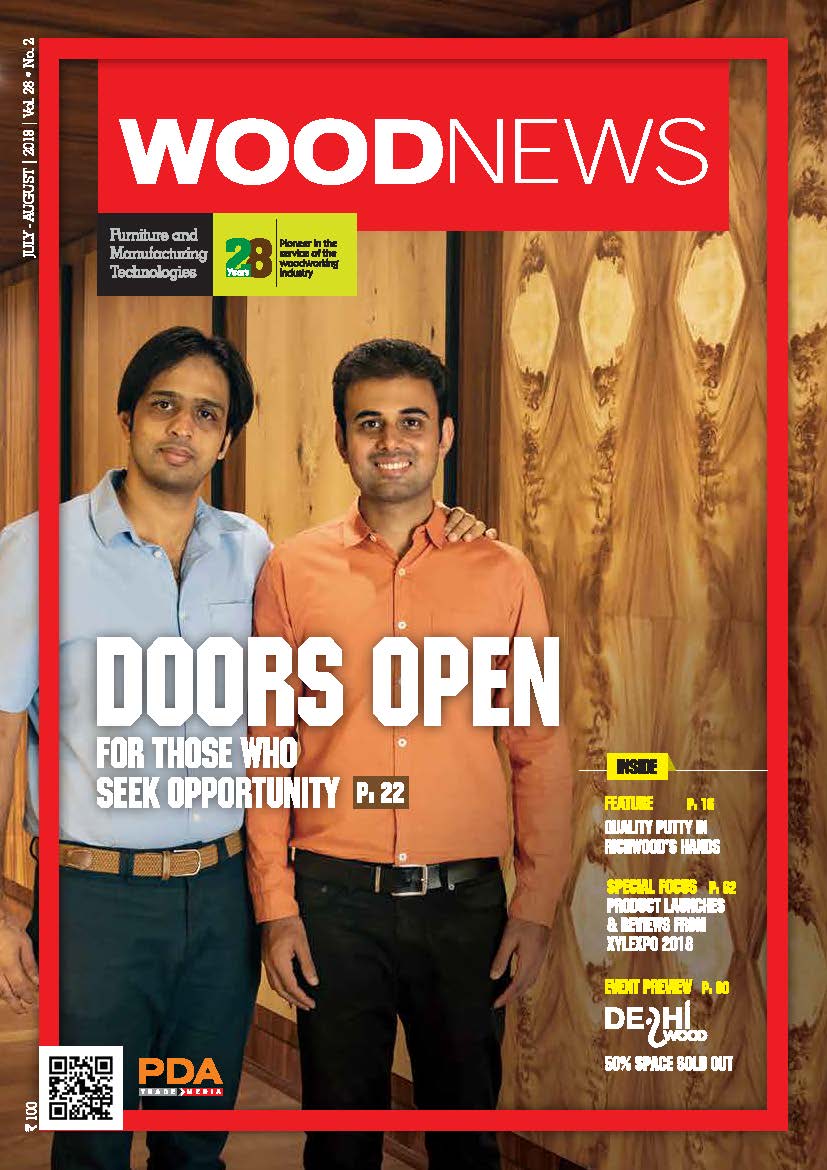 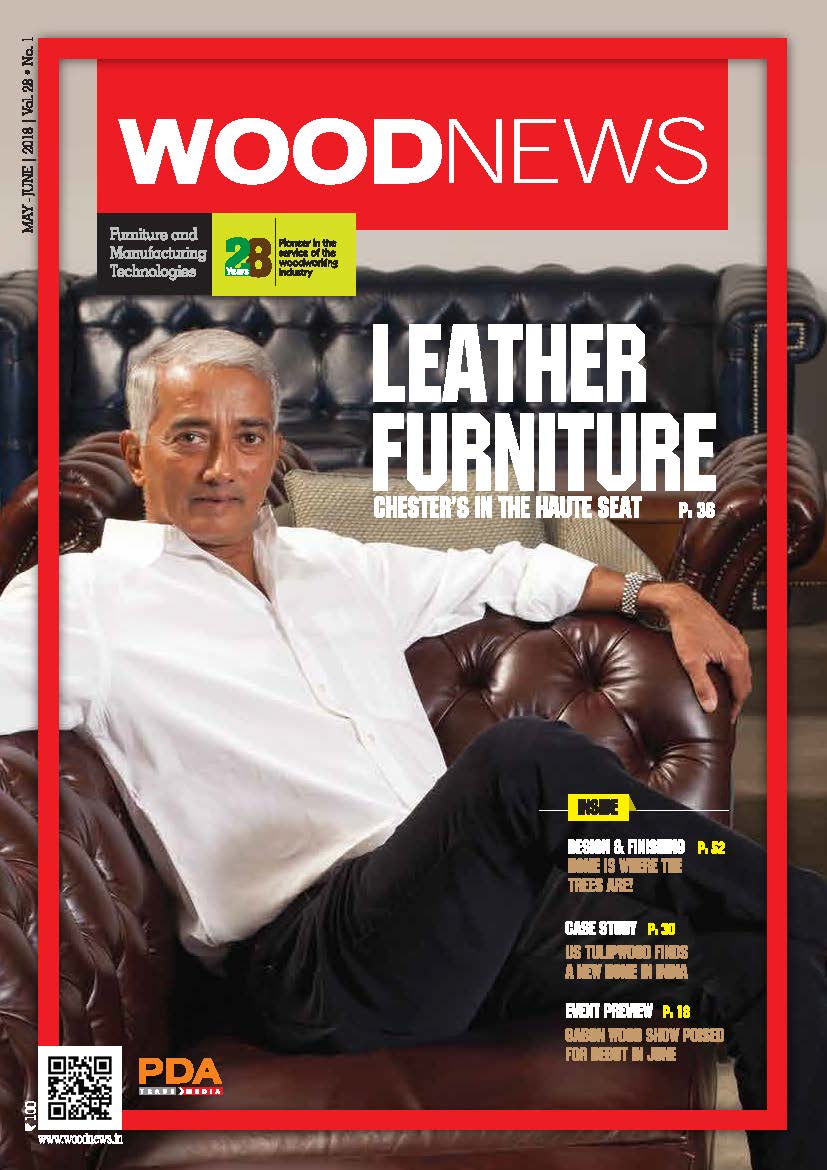 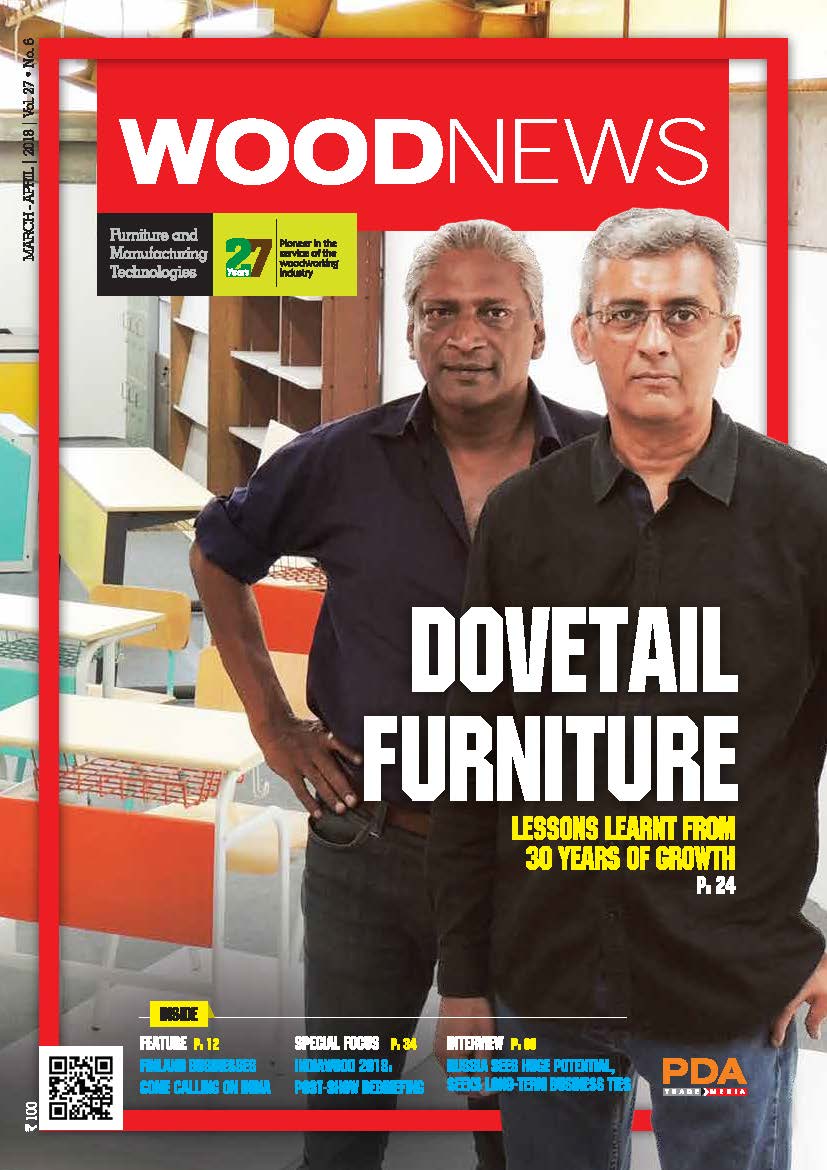 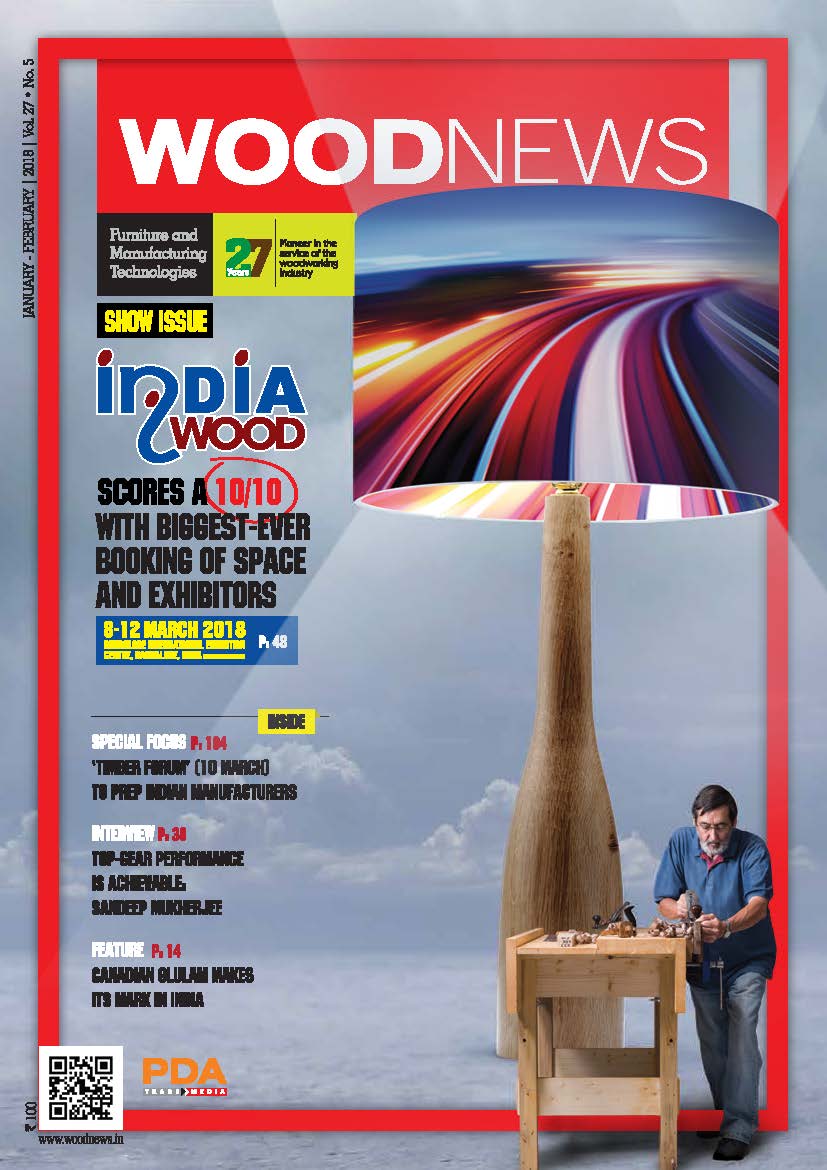